The past summer was an unusual one: it was the hottest summer on record in Tasmania and in the western half of the state rainfall was slightly below average following a record dry spring, driven in part by a strong El Niño event. Major lightning storms in January ignited scores of bushfires; some continued to burn for weeks. Also remarkable was the relatively few days of high fire danger. High fire danger days, like dry lightning, are predicted to become much more frequent in the coming decades. 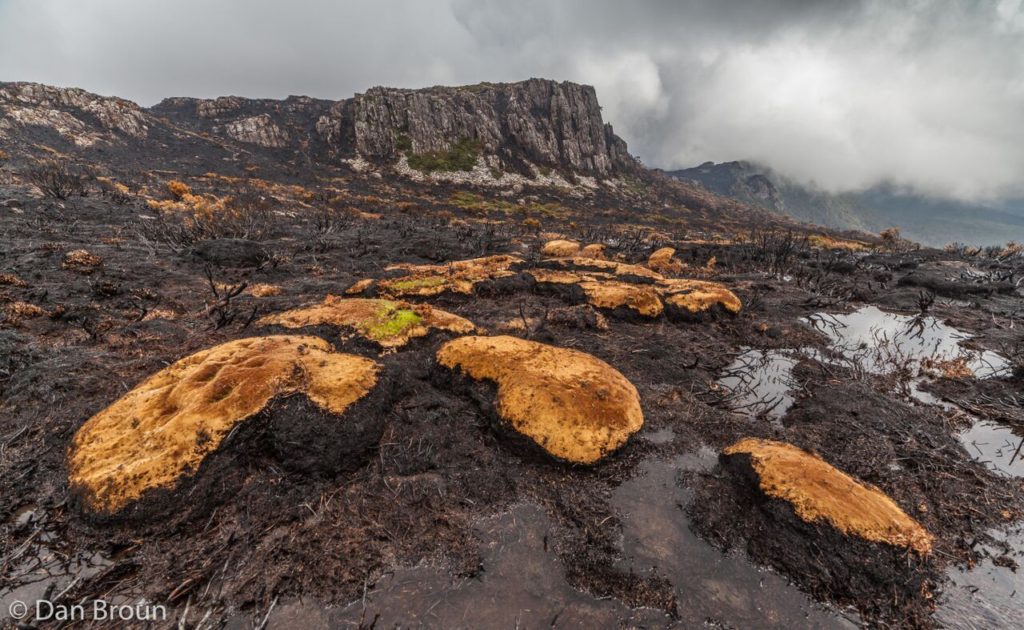 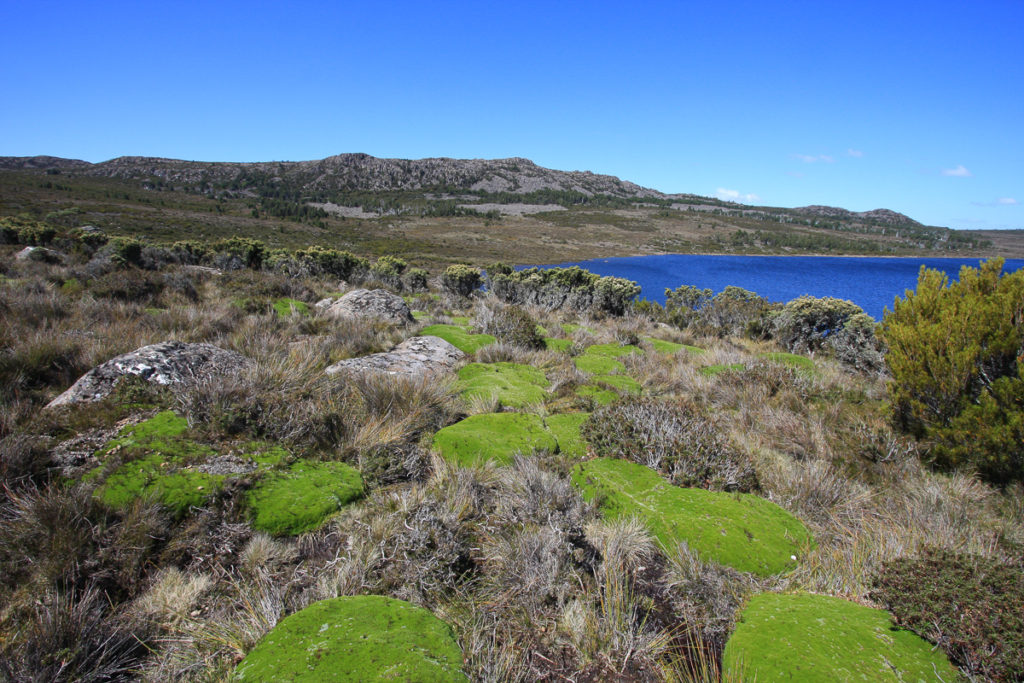 There has been an increase in the number of lightning-ignited fires in Tasmania since 1980. Tens of thousands of hectares per year were burned by such fires in three of the past ten fire seasons. It seems that changed weather patterns are promoting ‘dry lightning’ – where lightning is not accompanied or followed by heavy rain – the latter being much more common in Tasmania.

Of the approximately 70 lightning fires which ignited in January 2016, around 20 continued to burn well into February in the west of the state. A bushfire which began in the Fisher River valley on 13th January raced up the Devils Gullet, burning rainforest in the bottom of the gorge and sparse eucalypt forest on near-vertical rock faces, before reaching the flatter alpine country of the Central Plateau. This ‘Lake Mackenzie Fire’ burned around 26,000 hectares (around 2.5 times the size of Maria Island or Robbins Island). Another fire in the Mersey Valley, near Lake Bill, threatened the Walls of Jerusalem National Park, but fortunately the weather conditions did not propel this fire into the highland ecosystems. 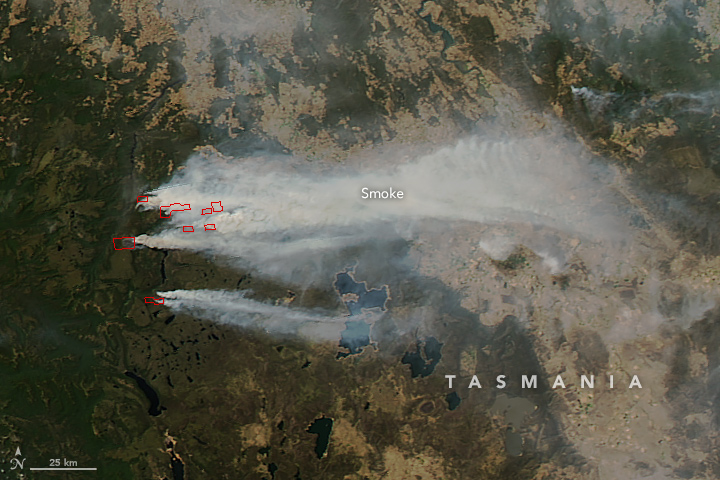 Image from the MODIS satellite sensor on 21st January 2016 with ‘hot spots’ delineated in red, indicating the location of several fires in the Mersey Valley region including at Lake Mackenzie (the northeasternmost hot spots) and Lake Bill (southernmost hot spot). Source: NASA.

While fire is a key part of the ecology of the Tasmanian Wilderness World Heritage Area it can be very destructive in some ecosystems. When fire-sensitive vegetation is replaced by more fire-tolerant and flammable vegetation the shift is usually permanent. After a month with less than 50 mm of rainfall, even rainforest can burn. Under such dry conditions, the normally stable boundaries between rainforest and other vegetation, such as scrub and moorland, will not stop the advance of a bushfire.

Tasmania is a global hotspot of conifer diversity. Eight out of our ten conifer species are ancient Gondwanan species, confined to cool moist habitats. They are typically very slow-growing, long-lived and have poor seed dispersal. They lack the various adaptations to fire found throughout the majority of Australia’s flora. In addition to the conifers, Tasmania has an unsurpassed flora of ancient relictual (palaeo-endemic) plant species which require moist, fire-free habitats. The scientific and conservation significance of these species, and the communities they comprise, are important world heritage values of Tasmania’s wilderness. Having remained largely unchanged since they first evolved on a humid Earth, these plants tend to be highly fire sensitive.

King billy pine (Athrotaxis selaginoides) killed in 1961 fire on the left and foreground. The subalpine forest on the right has not been burnt for at least 10,000 years and is a refuge for highly fire-sensitive species including Huon pine (Lagarostrobos franklinii) and deciduous beech (Nothofagus gunnii). Mount Read, West Coast Range.

Some of the larger pencil pine (Athrotaxis cupressoides) trees killed by the recent fires would be close to 1000 years old. Long-term research sites at Mt Read and Mt Field investigating recovery after fires in alpine vegetation have shown virtually no recruitment of conifers or deciduous beech (Nothofagus gunnii), even where a local seed source remains. Cushion plants appear to be more resilient but are slow to recover. Apart from the local extinction of poorly-dispersed species with poor regeneration success (multi-decadal lack of pencil pine recruitment on the Central Plateau, for example, may be caused by marsupial browsing), the other major potential impact of highland fires is loss of organic soils by combustion and/or erosion. The age of these organic peat soils could date back to the beginning of the Holocene. Natural processes to reverse these almost instantaneous changes to the flora and soils would require thousands of years.