There is a long list of extinct animals which were endemic to a particular island. Island endemics are particularly vulnerable to introduced predators which can rapidly eliminate a small island population. Such was the fate of Macquarie Island’s only native terrestrial birds in the late 1800s. 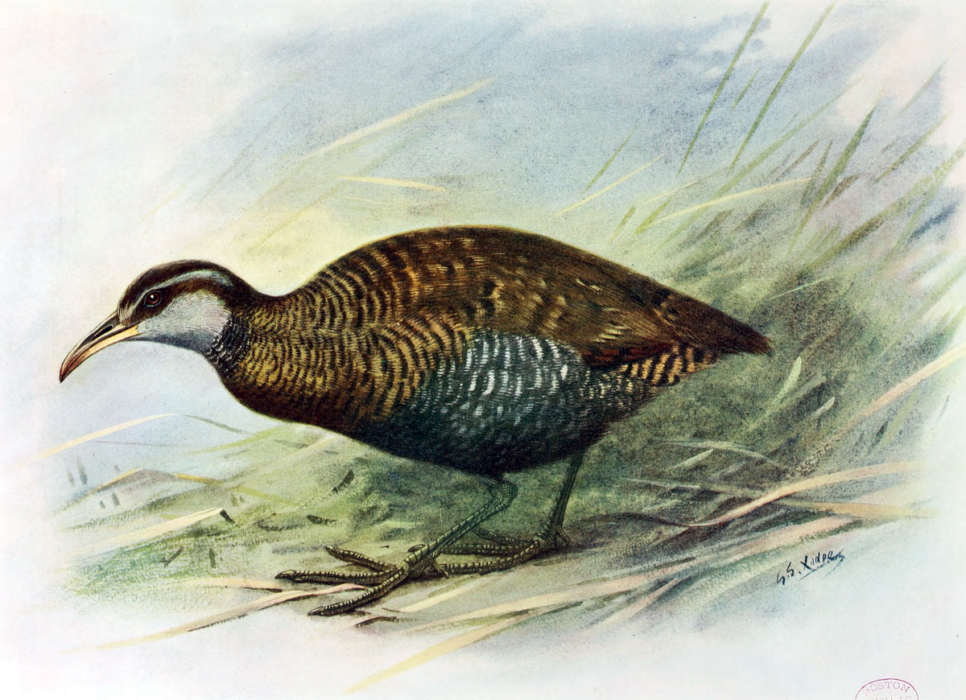 The Macquarie Island parakeet (Cyanorhamphus novaezelandiae erythortis) is considered a subspecies of the red-crowned parakeet, which currently occurs on New Zealand’s offshore islands (predators have wiped it out from the main islands) and other islands of the south-west Pacific, including the sub-Antarctic Auckland and Antipodes islands. Like its Subantarctic cousin, the Lord Howe Island subspecies (Cyanoramphus novazelandiae subflavescens) is also extinct. In its current range the species is in decline due to several factors, including introduced predators such as cats and rats. The extinct Macquarie Island subspecies likely had a diverse diet, like its relatives, it fed on invertebrates and was observed foraging among beach-washed seaweed.

Macquarie Island may also have been home to an endemic duck, the ‘Macquarie Island teal’ (Anas sp.), possibly derived from the grey teal (A. gracilis) and related to the small endemic teals of Auckland and Campbell islands (A. aucklandica and A. nesiota, respectively). 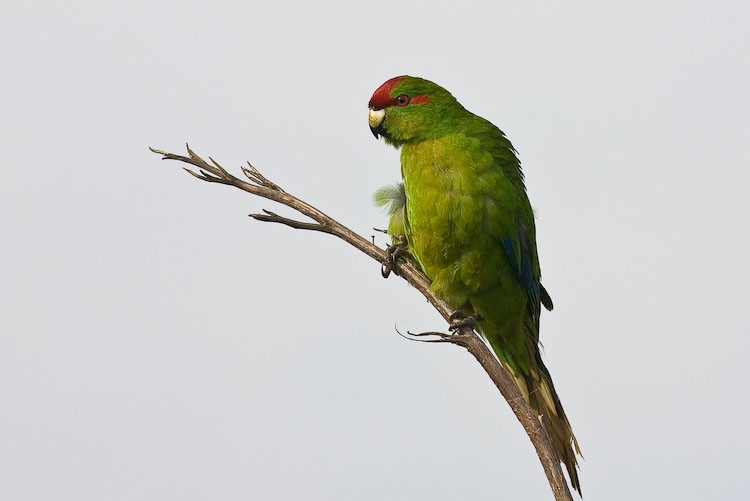 On Macquarie Island both the rail and parakeet seem to have coexisted with cats for many years until rabbits were introduced, providing the cats with year-round food security and allowing their population to increase. Weka (a species of rail native to New Zealand and larger than the Macquarie Island rail) were first introduced to Macquarie Island in 1872 but, like cats, did not became abundant until the 1880s following the introduction of rabbits in 1879. It seems that the establishment of rabbits was the catalyst for the extinction of the parakeet and, given the similar timing of its demise, also the rail. Rabbits allowed the predatory cats and weka to increase in numbers, putting more pressure on the native birds. Rabbits destroyed much of the tussock habitat which the rail favoured while the parakeet was also hunted for food by sealers. 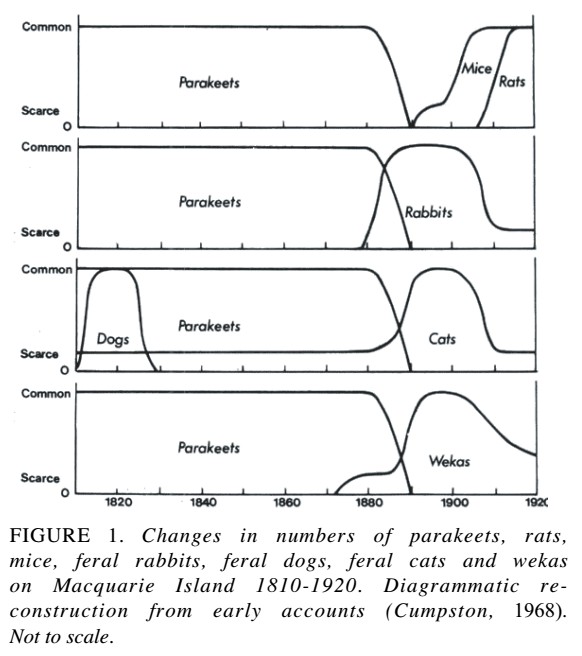 Timeline of mammal and weka introductions and parakeet extinction from Taylor (1979).

The ecological impacts of the extinction of these endemic terrestrial birds is unknown since we know so little about their ecology, but no doubt they had a role to play in the Macquarie Island ecosystem. Reintroduction of locally extinct species is an important strategy both for species conservation and for restoring ecosystems. The red-crowned parakeet, for example,  has been successfully reintroduced to a predator-free island in New Zealand.  When a species or subspecies is extinct it is too late for the extinct animal but not necessarily too late to restore the ecosystem. The concept of rewilding encourages us to think about other options for replacing extinct species by using closely related or even unrelated ‘analogue’ species to fill the ecological role of the lost species.

Rewilding Macquarie Island would be relatively easy. There are close relatives (from the same species) of both extinct birds which could be released onto the island (and similarly for the teal if more evidence arises). It might not be exactly the same but it’s a lot closer to the original ecosystem than the current situation. Since the close relatives of the Macquarie Island rail and parakeet are currently restricted to small islands and vulnerable to extinction themselves, this would also have the added benefit of creating an insurance population of these extant birds. After the successful eradication of weka, cats, rats and rabbits, the hard part of rewilding has been done and Macquarie Island is returning to a natural ecological balance. The final step in the rewilding of this precious ecosystem is to put back the lost species.