What is the treeline?

If you go high enough up a tall mountain there is a point where trees disappear and you transition into low alpine vegetation. The same holds if you travel toward the North Pole, where the boreal forest gives way to the tundra. This is the treeline. It is one of the most classic concepts in biogeography.

Some simple universal rules seem to describe the treeline, often described as the limit of tree growth (where trees reach 3 or more metres tall). The mean temperature of the warmest month must be 10°C or more. Below this threshold it is too cold for trees to maintain growth. Interestingly, it seems that amongst the most cold-tolerant trees (which come from diverse families) the ultimate limits of tree growth are relatively consistent. 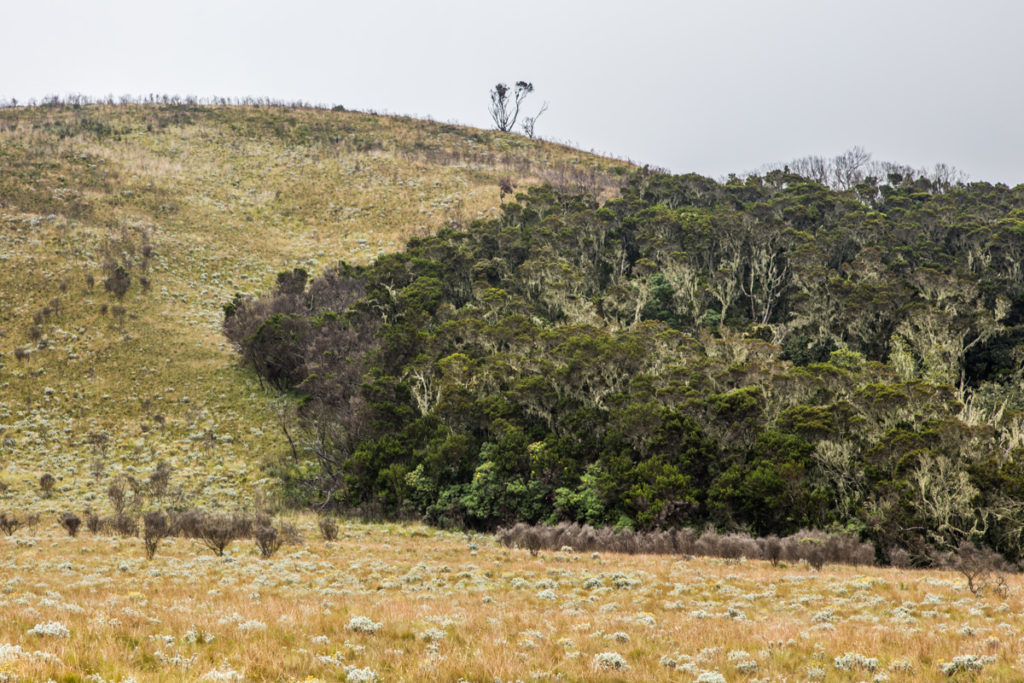 The treeline is highest on equatorial mountains such as Kilimanjaro where it reaches around 3800 m.

While the coincidence between tree limits and the 10°C isotherm for the warmest month has been shown to be an oversimplification at fine scales, there are clear relationships between this and other variables such as the mean temperature of the growing season (the length of which varies between sites), soil temperature, wind damage and water stress (due to lack of available water in frozen conditions). So we know what factors are correlated with the treeline, but few studies have looked at causal factors.

The limits to tree growth

Why are trees more limited than shrubs and other smaller plants? Firstly, trees are subject to more severe conditions than plants growing closer to the ground. Air temperatures can be several degrees cooler in a tree canopy than near the ground, and soil temperatures are lower under the shade of a tree canopy. These microclimatic vertical differences in temperature within the forest can be equivalent to 100-300 m elevation difference in free air temperature. Outside the growing season, a winter snowpack is often present at treeline sites, which insulates and protects lower growing plants. Secondly, there is considerable energetic cost in growth and maintenance for large organisms like trees. When there is only a short summer growing season, just maintaining a positive carbon balance becomes a critical limitation and this is what those air temperature correlates of treelines reflect. This explains why seedlings of tree species grow well above the treeline, sometimes maturing into a shrubby growth form called krummholz, which can live for hundreds of years as a stunted ‘tree’.

Mature Tasmanian snow gum (Eucalyptus coccifera) at around 1100 metres elevation on Mt Weld in southern Tasmania. This krummholz form is around 1 m tall may be 100 years or more old. This species is typically 10-15 m tall in subalpine forest near the treeline but at lower elevations can reach 40 m in height.

Some angiosperms (higher plants) other than trees can survive with growing temperatures of just 5°C and at these limits to plant growth the microclimate becomes critical. Foliage temperatures in a sheltered sunny spot on a mountain summits or in high latitude tundra can be several degrees higher than the air temperature. Cushion plants and other low-growing plants take full advantage of these microclimates in between long periods of dormancy.

In deciduous trees, the timing of bud burst when new leaves appear in spring allowing photosynthesis to begin is finely tuned to avoid the risk of damage to new leaves by late frosts, but later bud burst means a shorter growing season. When growth is so marginal any additional pressures such as loss of foliage and branches due to wind breakage or winter desiccation can be enough to eliminate trees, which is why treelines on a mountain are sometimes at higher elevations in more sheltered locations. 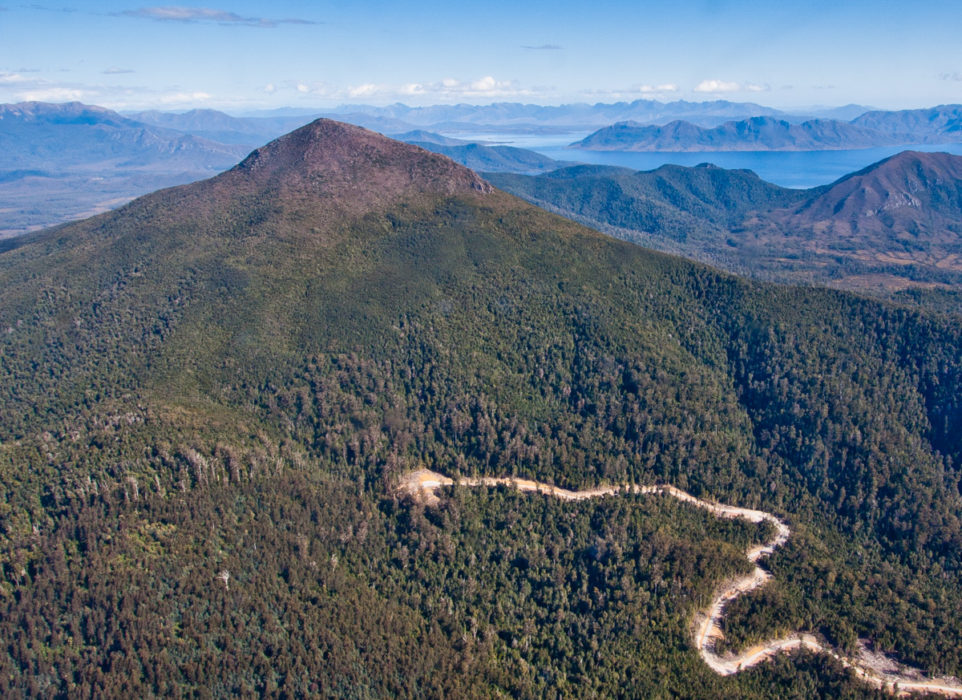 The treeline on Mt Wedge in southwest Tasmania is a diffuse transition from tall eucalypt forest to scrub rather than a distinct vegetation boundary.

Not all treelines are the same

Like most topics in ecology, as more research is carried out a more complex story emerges. Treelines in Mediterranean climates such as northern Chile and Spain occur at lower elevations than the more widely studied temperate treelines. Low rainfall during the summer growing season means that drought is the more critical limiting factor for trees to achieve positive carbon balance (in other words, to grow new tissue).

Most treeline research has been done in Europe and North America. Alpine treelines occur even in the tropics where mountains reach sufficient elevation but are more common at higher latitudes where they occur at lower elevations. Where the treeline reaches sea level it is termed the Arctic treeline since it is the northern limit of tree growth on Earth. The equivalent zone in the Southern Hemisphere falls almost entirely on the Southern Ocean. Consequently, the ‘Antarctic treeline’ occurs only on southern islands of the Tierra del Fuego archipelago. Here, Hoste Island supports the southernmost trees on Earth. The few oceanic islands at these far southern latitudes are treeless, but is that due to climate or to isolation and consequent lack of tree seed dispersal?